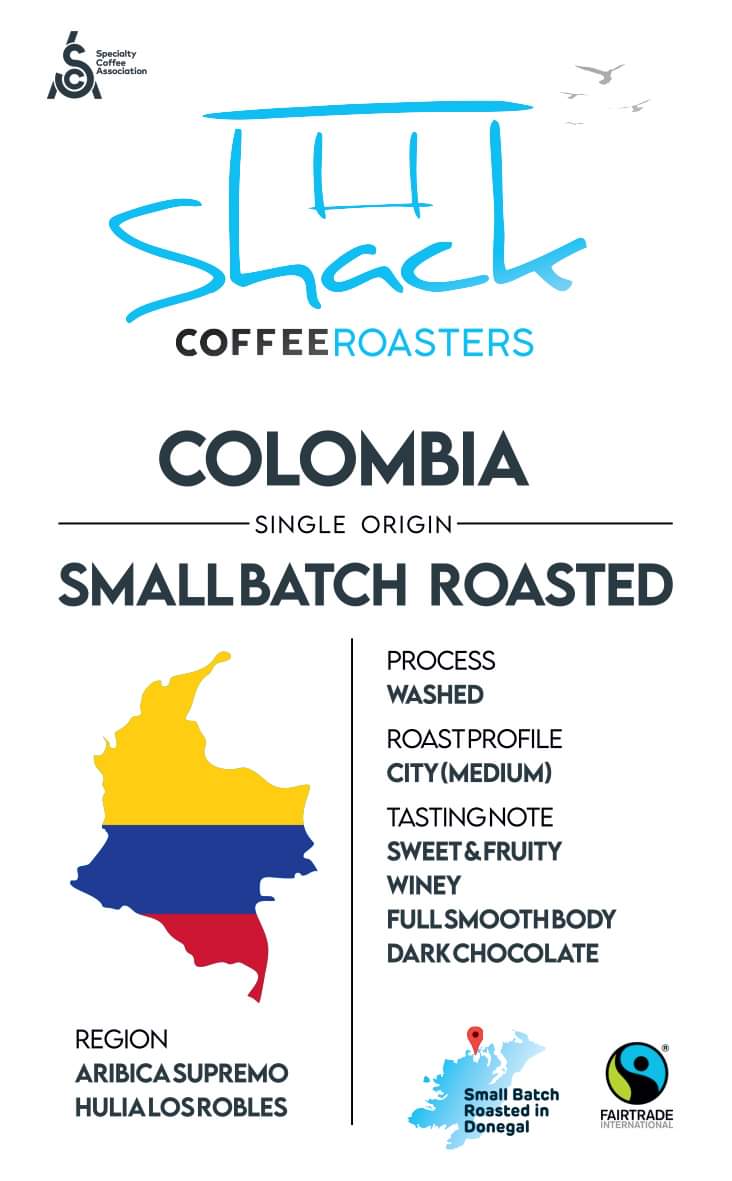 Historically, Colombia has been shattered by various periods of violence and set-backs. However, in the past 20 years, Colombia has leaped into becoming an economic powerhouse in Latin America.  On the quest for distinguished coffees, you simply can not pass Colombia.  Its quality, reputation stems from hard work and excellent terrain.

Colombias’ natural beauty comes from its extreme diversity; two oceans,  snow peaked mountains and glaciers,  endless deserts as well as the Amazon basin can be found in this unique South American gem. The west of the country is dominated by three Andes mountain ranges called The Cordilleras. Due to their proximity to the equator, several microclimates are formed within these mountain ranges. Add to that altitude ranges from 800 to 2200 metres and you will start to realise Colombian coffees are so diverse.

The state of Huila is located in the southern part of Colombia.  It is the geographic spot where the Andes Mountains form a knot.  Her the three cordilleras split between Western, Central and Eastern Andes that go up to Northern Colombia.  Between the eastern and central cordilleras flows the Magdalena River, going up to the Caribbean Coast.  Between the central and western Andes mountains chains is the Cauca River, flowing into the Magdalena River in the Caribbean plains.  The soil in this area is volcanic and therefore ideal for the cultivation of high quality coffee. Due to the geographical location near the equator,  there is only little distinction between the different seasons in Colombia.

The varying altitudes and microclimates generated  by the rivers and mountain ranges split the state so that the harvest takes place several times per year compared to other coffee producing countries.  This Los Robles supremo coffee is characterized by the typical high quality cup profile from Huila presenting beautiful winey and sweet flavours.